I became involved in the world of dog rescue less than two years ago when I came face to face with my first pound in Cyprus. There were around 70 dogs, some of which were puppies, some of which were elderly. Some of them were living in upturned recycling bins, a short chain securing them to their only source of shade. Other, smaller dogs, were living in huge packs inside little fenced off areas within the compound, their fur matted and dirty from sleeping on a concrete floor coated in faeces. Considering that my only impression of a dog pound was the one I’d seen in Disney’s Lady and the Tramp it was fair to say that this differed quite dramatically from what I had expected.

Since I promised the volunteers at the pound that I would help them, my role within the rescue world has gone from strength to strength. I started by establishing my Instagram account, @cyprusdogs, and later went on to be employed as Rehoming Manager for Wild at Heart Foundation. I’m proud of what I have achieved, but the question I am asked more than any other is why do I help dogs from abroad when we have dogs in the UK that need help too? Good point, why do I?

Well, firstly, the number of stray dogs left in council pounds in the UK is considerably less than that of other countries I help to rehome dogs from. In Cyprus for example, there are an estimated 170,000 stray dogs, with the vast majority of these being removed from the streets and living in pounds. In Romania, around 64,000 feral dogs actually roam the streets and have nowhere to go, whilst in the UK it is estimated that 47,000 dogs are dumped in council pounds per year. These stats are not my own, and I can’t vouch for how accurate they may or may not be, but in my own experience I have never seen a stray dog in the UK before, and I respect rescue centres for being able to offer these dogs safety and security so that they’re not on the streets. So because I can’t see them, is that what encourages me to help dogs from abroad?

Actually, no, not really. I live in the UK, so of course I want to help dogs more local to me. However I made contact (multiple times) with a number of rescue organisations back in April 2016, and I was ignored by all but one of them. I was offering them help yet just one organisation took me up on my offer. I understand they must be busy, but we have all seen the TV adverts and read the stories, surely they would welcome the involvement of willing volunteers? So, if the help is being offered for what reason is it denied? At the end of the day all I want to do is help dogs, to me it doesn’t matter where they are from so if international rescues welcome the aid, then that is where I will focus my efforts.

Another reason I am helping to rehome dogs from abroad is due to the amount of disappointed people that have found they haven’t been able to adopt a dog in the UK due to an incredibly unrealistic bar that has been set. I’ve learnt that UK shelters and organisations have turned people away due to disabilities (despite owning a dog in the past), young children, a small garden, living in a flat, living in central London, working hours, or their age, yet these people could offer some of the most compassionate homes and are more than willing to go out of their way to meet the requirements of a dog. People have felt humiliated and patronised as they have been turned away time and time again simply because they don’t fit the idealistic standard that some UK rescues desire. I completely understand that the best interests of the dog are of paramount importance, but you devise a system to monitor progress, ensure the suitability of the dog for that particular environment, and always have a back up plan in place. It works, trust me. By doing this the UK would be able to lower the number of healthy dogs that are euthanised per year and most likely generate a lot more support for their organisation rather than forcing people to look elsewhere.

‘It’s not our responsibility’ is also something that I hear a lot when I tell people I work in international rescue and it infuriates me. Wake up. Have a little compassion and see that whichever country you’re helping, you’re ensuring that a life is saved. There are 600 million strays across the globe and this is a problem essentially caused by humans. The illegal breeding industry is working on overdrive and shipping out dogs to pet stores all over the place in order to earn money. Governments sit and complain that there are too many strays but then do very little to eradicate this problem compassionately. I know full well that rehoming dogs is not solving the root of the problem, whereas neutering programmes would, but we need long term support and education in order to make sure they are effective. The longer that countries are without neutering programmes the more the dogs reproduce, resulting in the number of strays continuing to rise. In short, the more stray dogs there are in a country, the more likely they are to suffer as they overpopulate. You only have to take one dog away from uncertainty to have made a difference, even if it is solely to the dog you saved. 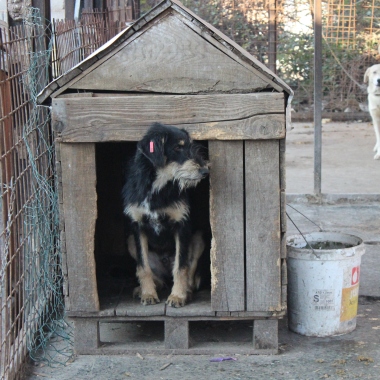 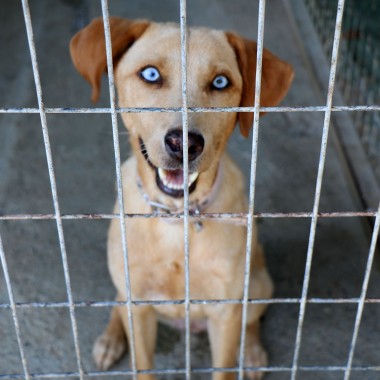 Since visiting countries where the stray dog population is high, I have become aware that their chances of suffering neglect are generally higher too. There can often be a different attitude towards dogs in Cyprus, Romania, Greece, Bosnia, Bulgaria (for example), and they are seen as vermin, or it is taught that they have no souls. By no means is this the outright view of the country and the population as a whole, but it is a more common perspective than in the UK. Whilst I admit that the UK is by no means free from animal cruelty, the higher the canine population the more cases of neglect, and when I say neglect I’m talking about horrific acts of senseless cruelty that are replicated over and over. It should also be noted that the UK has been working with stray animals for over 100 years and have a much more established and functioning charity sector for dogs in need, with masses of support within the country. Surely it would be better for these organisations to have a more flexible set of requirements for potential adopters in order to further influence the statistics of the number of dogs euthanised per year

If UK rescues ever reply to my emails I will willingly help them, but I definitely felt disheartened after being ignored, likely the same way in which those who could offer loving homes felt after being denied a dog. In my opinion, regardless of the country of origin every life is valuable. These dogs need homes and it is not their fault that they are without. So to answer the question, I help dogs from abroad because a life is a life. 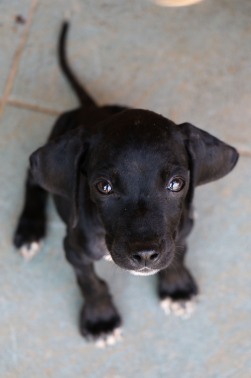 25 thoughts on “Rehoming dogs from abroad • Why I do it”